Tech giant Apple is preparing to launch its upcoming iPhone series. The company is going to launch the iPhone 12 soon inside this series. According to recently reported reports, the company will not offer earphones and chargers with this smartphone.

Also, according to a new report, the price information of the base model of the iPhone 12 series has been revealed. This report was presented by MacRumors analyst Jeff Pu. According to the report, the price of this entry-level model will be $ 50 more than the old generation. 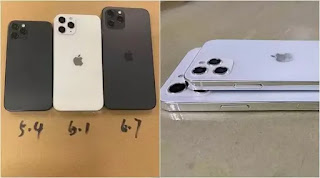 However, the company has not given any official information regarding these phones yet. But, it is expected that this year also the company can introduce new iPhones in September.

According to the information revealed so far, the iPhone 12 will be offered with 5 support. Apart from this, the display given in the phone will come with a 120Hz refresh rate.

At the same time, the Apple iPhone 12 can be introduced with a larger battery. Explain that in the base model, the company can get features such as 5.4-inch OLED display, A14 chipset, 5G connectivity and dual-camera setup.

4 Model Will be Launched By Apple

As we told you earlier, according to the information revealed, four models – iPhone 12, iPhone 12 Max, iPhone 12 Pro, iPhone 12 Pro Max will come under this series. These models will be offered in 5.4 inches, 6.1 inches and 6.7 inches.

Latest Gadgets And Invention | Top 9 Technologies Of The Year 2020